The comprehensive lifestyle concept: shopping and leisure area as well as residential apartments in green setting connected to public transport

Kardan N.V. operates in the Asian real estate sector through Kardan Land China (KLC). Kardan started its real estate activities in the mid-1990s and expanded these activities to China in 2005.

The focus of KLC is predominantly on the development of mixed-use projects, combining shopping centers under the Galleria branding with residential and small office apartments, like the current large project ‘Europark’ in Dalian.

In the residential market, KLC develops residential apartments, mostly with local partners, in the fastgrowing Tier 2 and Tier 3 cities (Xi’an, Shenyang, Changzhou), tapping into the need for housing due to the urbanization.

KLC has a strong track record in residential projects in China. It constructed in total 23,609 apartments, since it emerged, of which 22,235 were sold, and has rights and land to develop another approximately 2,163 apartments. In addition KLC owns land in Palm Garden and 2 plots in Xi’an for further development.

Kardan N.V. is engaged in the development and management of residential and commercial real estate projects. In this context, KLC operates in four Tier 2 and Tier 3 cities throughout China. KLC currently has five projects under ongoing development and construction, located in four cities throughout China: two in Shenyang (the capital of Liaoning Province in North-east China and the largest city in this province), one in Xianyang (a city in North-east China bordering the city of Xi’an), one in Changzhou (a city located 160 kilometers to theNorth-west of Shanghai) and one in Dalian (thesecond largest city in Liaoning Province), involving over 15,000 residential units in projects which are under construction. 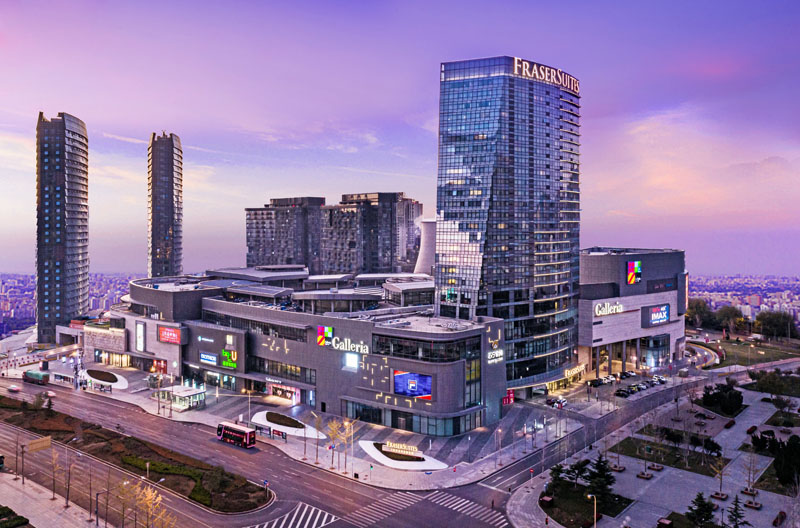