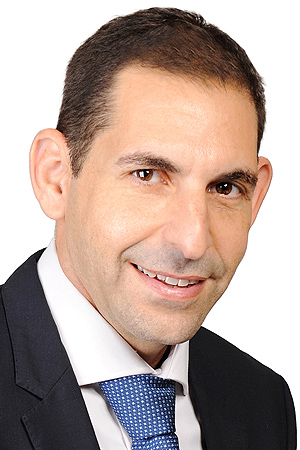 Guy Elias has over 20 years of international experience in real estate and infrastructure, in his last position he served as the CEO of the public traded company in TLV stock exchange Aspen Group which specialized on income yielding assets in Europe and Israel with a total balance sheet of 3.1 billion NIS He started his career in managerial positions in the real estate field, with a marketing focus and asset management at the Fishman Group in Israel after which he held various management positions at Amot Investments, part of the Alony Hetz Group, until 2009. In 2010, Guy Elias was appointed Real Estate Director of VIFM (Fund Management Company) a subsidiary of the Franklin Templeton group, where he was involved in developing the real estate fund strategy and in identifying appropriate investment projects. Consequently, he was asked to join GTC Real Estate Holding B.V. a subsidiary of Kardan NV as Vice President Business Development in 2011, and he also served as a Supervisory Board Member of GTC SA, the Central and Eastern European Real Estate Company. In 2014 he joined the executive management of Kardan NV as Vice President Business Development and later on as Deputy Chief Executive Officer Guy Elias holds a BA in business administration as well as an LLB with a major in land and real estate entrepreneurship from the Interdisciplinary Center Herzliya (Israel). In addition, Guy Elias is an MBA graduate from the Ecole Supérieure de Gestion (France).

Mr. Elias is married and has three children.